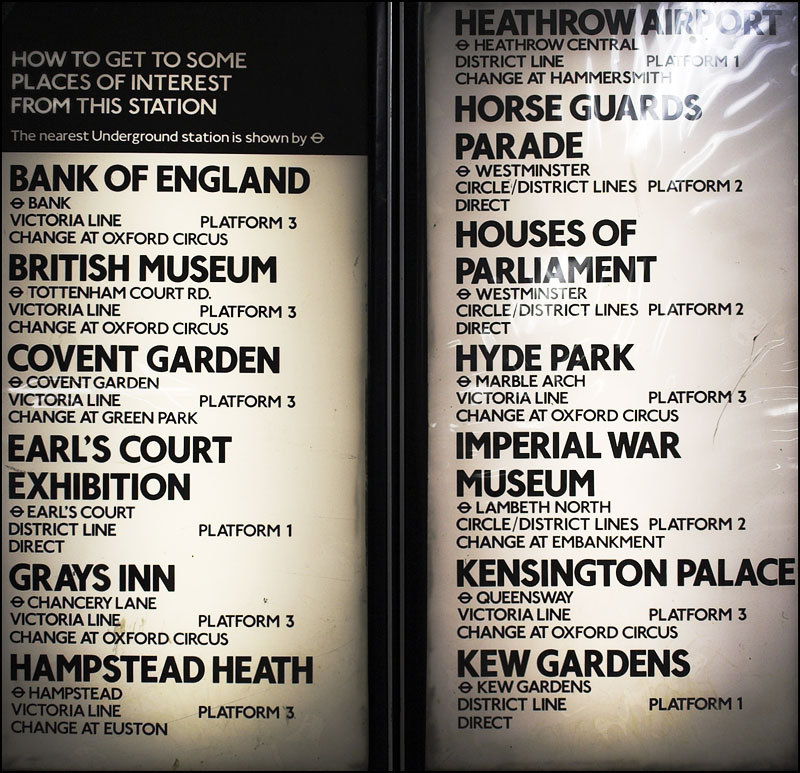 This is terrible I know, but there is a reason.

I pass this sign almost every day, it’s in Victoria Underground station, and I love it. Every time I pass it I keep thinking I should take a picture. But quite understandably, pointing your camera at things in underground stations doesn’t get a favourable response. So last night I finally decided I would go and ask and I was directed to the Station Manager’s office – “That little brown door mate” – and buzzed in.

Then as I strolled back to it I heard crackle into life, the radio of the first guy I’d asked…

“There’s a bloke wants to take a picture of that sign near you. Just let him. No flash mind!”

So here it is. No flash, not that it would have helped. Appalling barrel distortion. Crappy lighting. Untouched colours.

Update: The font on this sign was designed by Edward Johnston and Richard Kegler in 1916.

(I’ve entered this image into the Digital Picture of Britain competition. Vote for me here if you like it. Thanks)