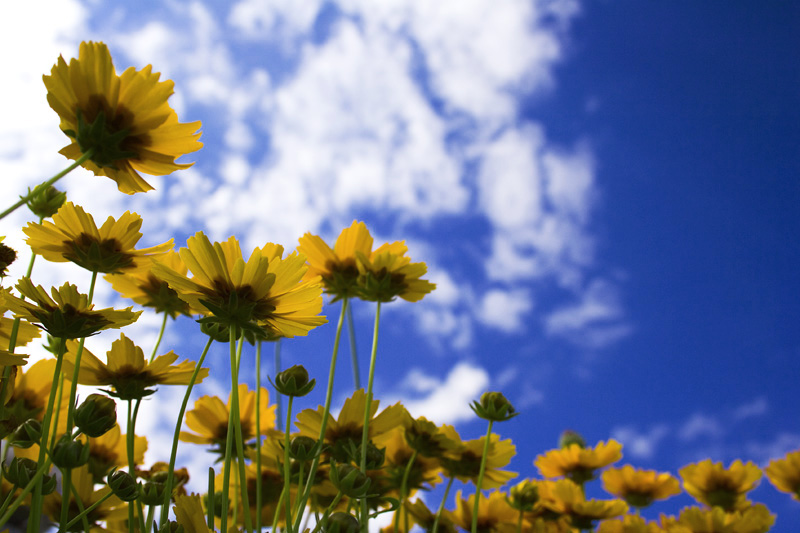 I’ll admit, I should have been in Trafalgar Square yesterday when we found out we’d won the 2012 Olympics. I was at the Hampton Court Flower Show. Which was good, but probably not as good as being in central London when the vote was announced.

Anyway, when I left the house I had an image in mind. John from shotsphotograpy took this image earlier this year and I was drawn to it. It’s not a perspective of flowers that you usually see. So having spent most of the morning and part of the afternoon walking past gorgeous flower after gorgeous flower I finally spotted my opportunity. The clouds had parted to reveal the blue sky above and these flowers were in the perfect spot.

I actually took about 120 shots, most of which I don’t like, but there are a few of flowers that I may post and a few others where I forced myself to look for things other than flowers.