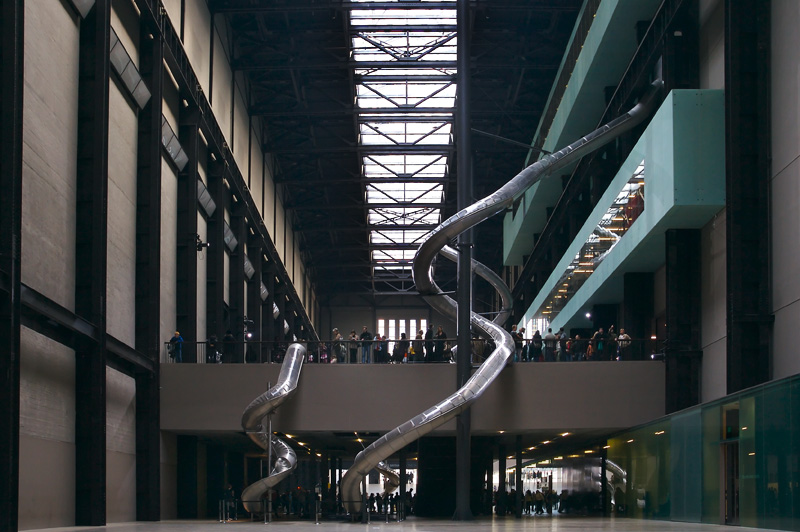 This is the Carsten HÃ¶ller installation in The Tate Modern. It’s been there for some time now, but gets dismantled on April 15th so I trekked down there today to get a final few shots. I was kneeling at the far end of the turbine hall when I took this and it was very empty and eerily quiet. I’ve actually still not been on the slides, but they do look fun. So if you’ve not seen it or been on it I suggest you get down there before it’s gone forever.

It’s been a while since I had so much time to just stroll around London and I really enjoyed it. I have quite a few pictures to post, mainly because I bumped into The Marching Band and followed them for an hour or so. I’ll post the best of the images in the next day or so, but you can see the whole set at my flickr account if you’re interested.