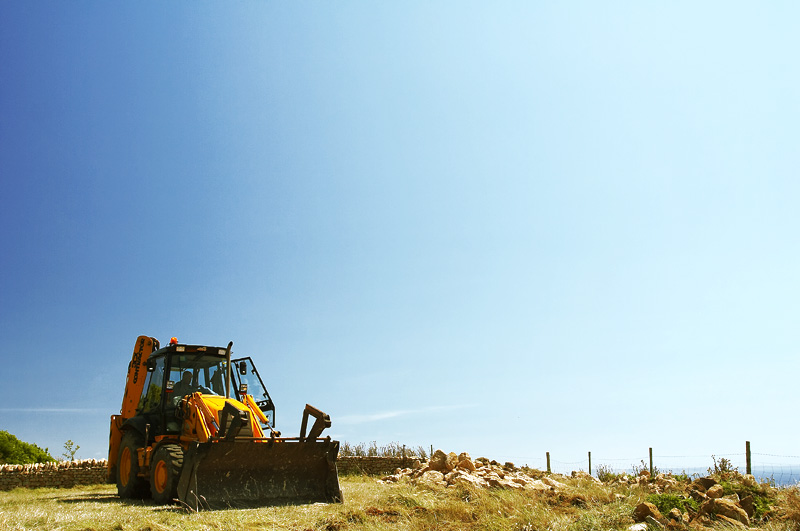 Well I survived the Stag Weekend, which actually turned out to be relatively civilised, apart from being shot at during the paint ball session. I’ve got a stack of photos from the holiday in Dorset, but most of them are “family album” rather than “blog” material, but I may post a few more.

This one was taken in the Sub Tropical Gardens in Abbotsbury, Dorset. It was at the top of the new Magnolia Walk, which obviously isn’t quite finished. You still get some stunning views up and down the coastline, but I couldn’t resist the JCB against the blue sky 😉

During the holiday I also decided I might curb the frequency of my posts a little. Going out with the camera everyday gets a little much and I need to do other things with my spare time as well as photography. So I’m going to try to do less, but better. Let’s see how that goes.