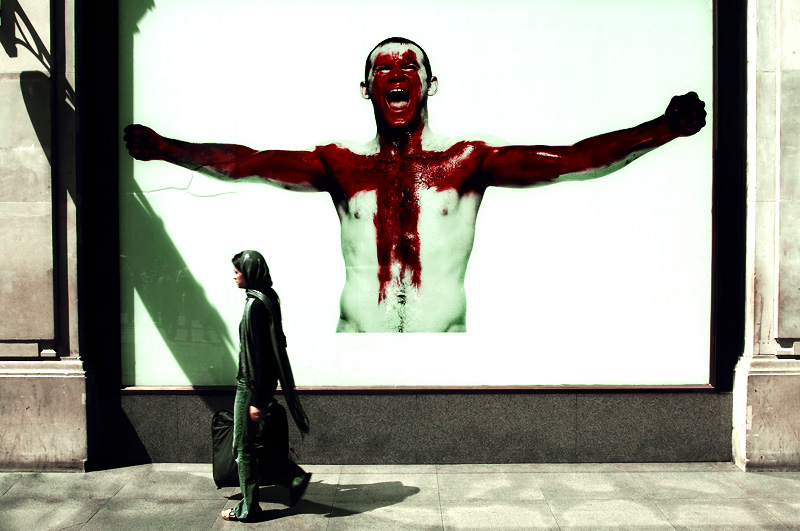 This Nike ad has caused a bit of controversy recently, so I went to Oxford Street Nike Town to see if I could get some images of people reacting to it.

Surprisingly most weren’t giving it a second glance.

Update: The comment from croz defines this image perfectly for me, it’s what I was thinking as I was processing it. I did think of pointing this out when I posted the image, but thought it would be best to leave you to make you’re own mind up. I’ve removed the Nike logo, which I did think of doing initially. Here’s the original if you hadn’t seen it before. Does this make it more powerful?

Another Update:
I went along to the Canon EOS Discovery series in London a couple of weeks ago. Basically it was a promotional event for EOS digital SLR photography, but with on-stage presentations from Andy Earl which were excellent. Also, I had this image selected, from a few hundred that were submitted, and it got a great on-stage critique. I was a little chuffed to say the least.