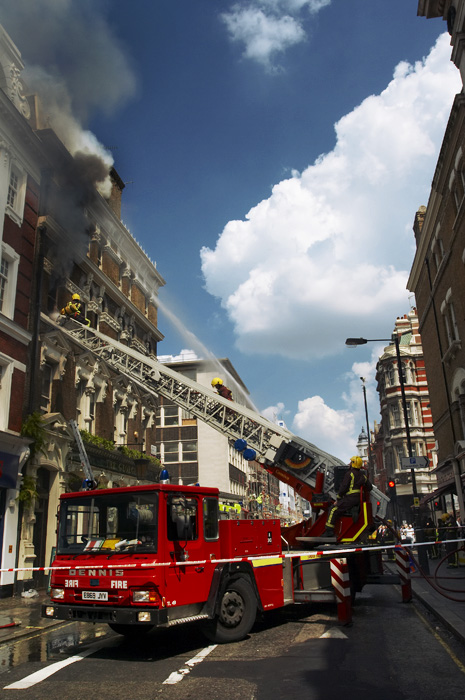 Yesterday I went out for a stroll with my friend Stephen. At this point he’d like me to point out we’re not gay. Anyway, I was considering not taking the camera as it would have been a little rude. But at the last minute I just slung it over my shoulder because the sky was blue and Stephen’s quite a patient chap. So as soon as we saw smoke and fire engines we made a little detour and while he waited patiently I got stuck in amongst the camera-phone-photograpers like a seasoned pro.

So this shot is a good example of why you should always carry the camera.

It took them a while to put it out and apparently it was all over the news last night. Oh, and we both stank of smoke afterwards.

Update: I came across this article whilst going through my RSS feeds. It’s quite interesting.