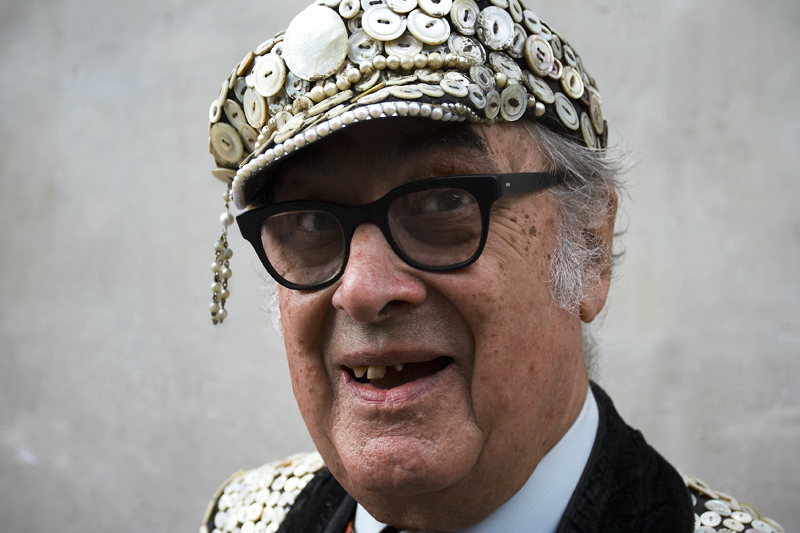 This is Larry Barnes a.k.a “The Pearly King of Thornton Heath”.

I was taking pictures of people standing in front of the shop windows at Selfridges on Oxford Street yesterday, but sadly not getting a great deal worthwhile. Then after about 45 minutes as I was just about to leave, Larry strolled past and I stopped him in his tracks.

He was on an outing to collect for The British Heart Foundation. As well as his hat, his suit was pretty much covered with buttons. Eleven thousand four hundred buttons, hand sewn, over 14 months!

Larry is a very nice chap, happy to have his photo taken and although I didn’t ask I’m sure he wouldn’t mind me posting it here.

Read more about the Pearly Kings and Queens at http://www.pearlysociety.co.uk